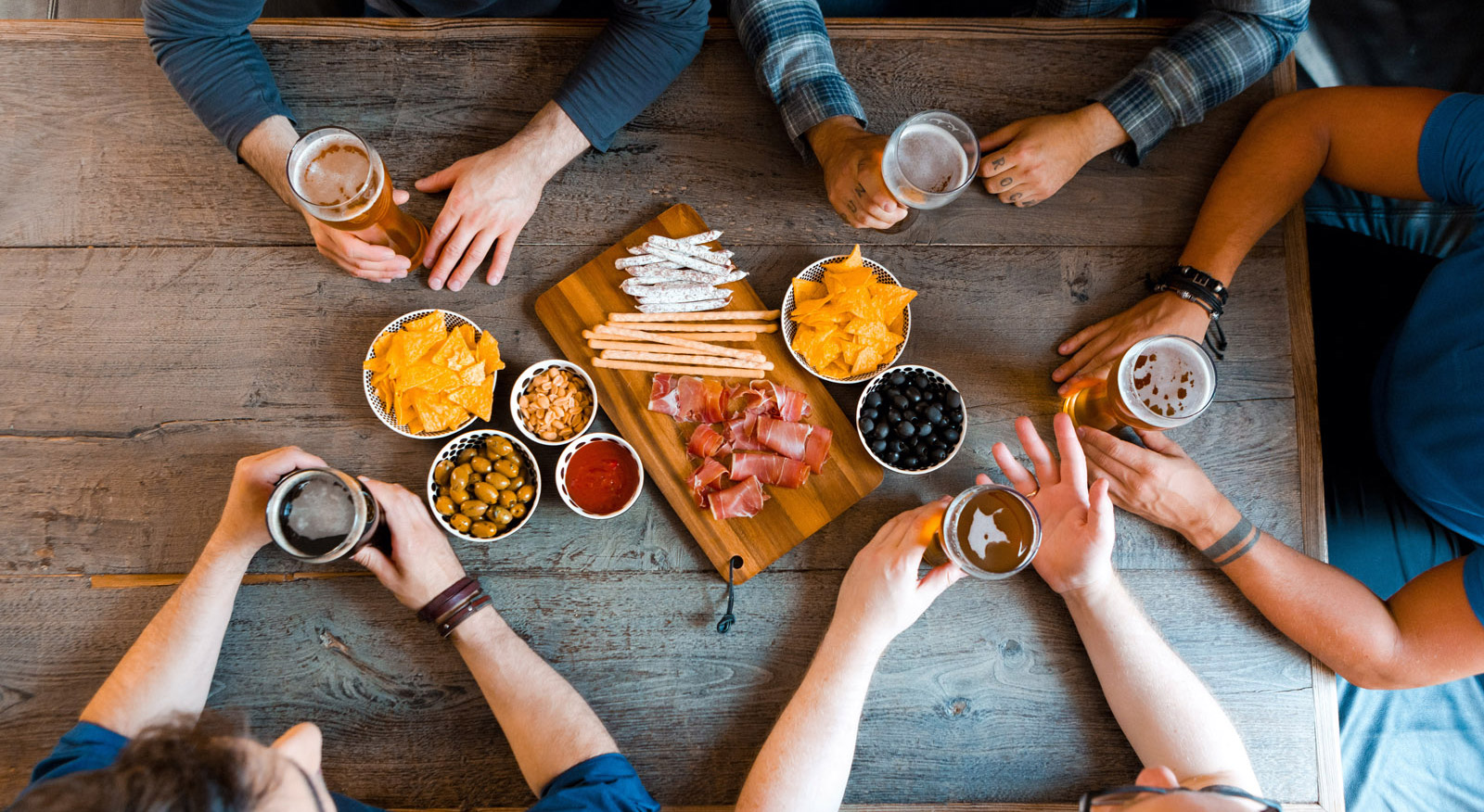 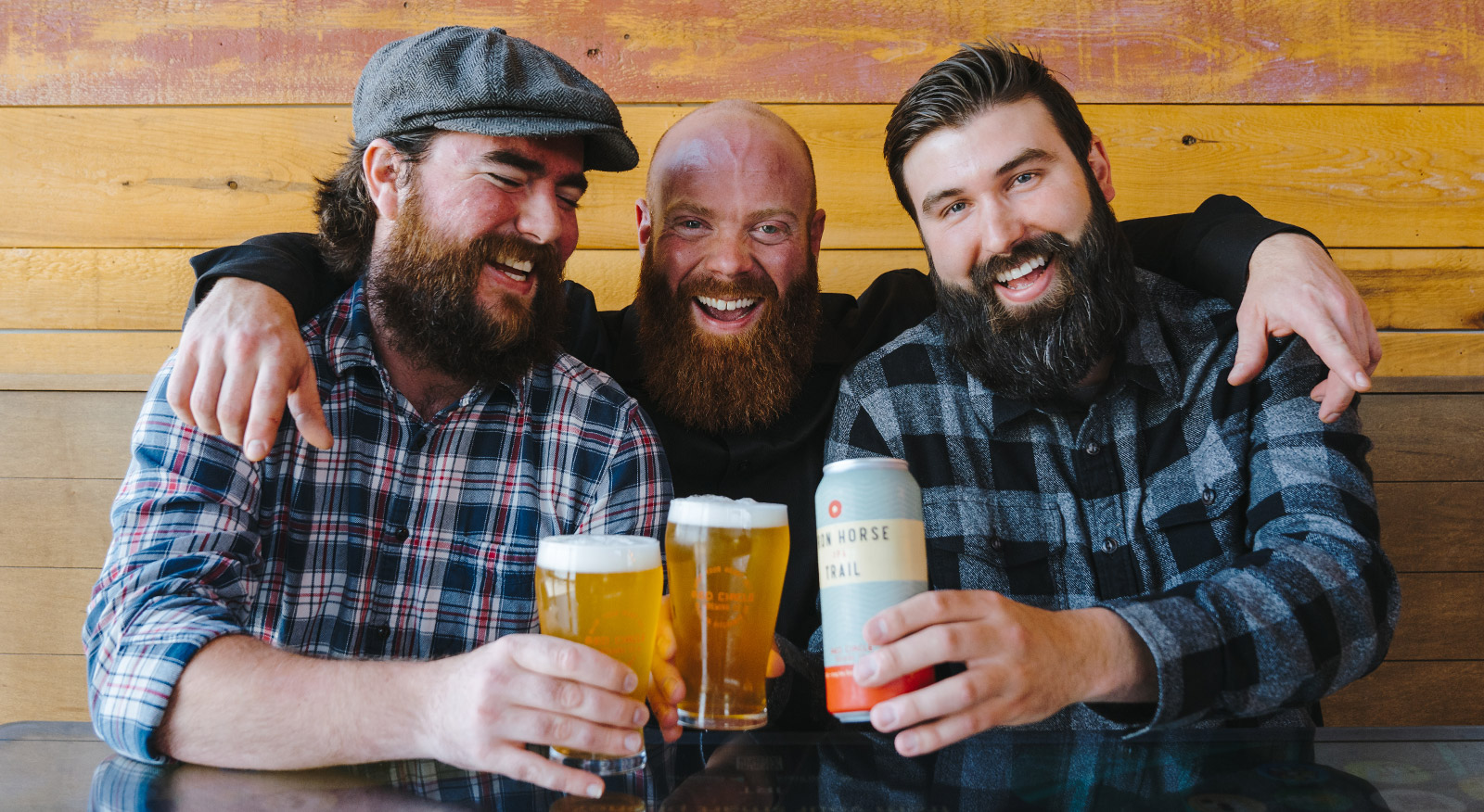 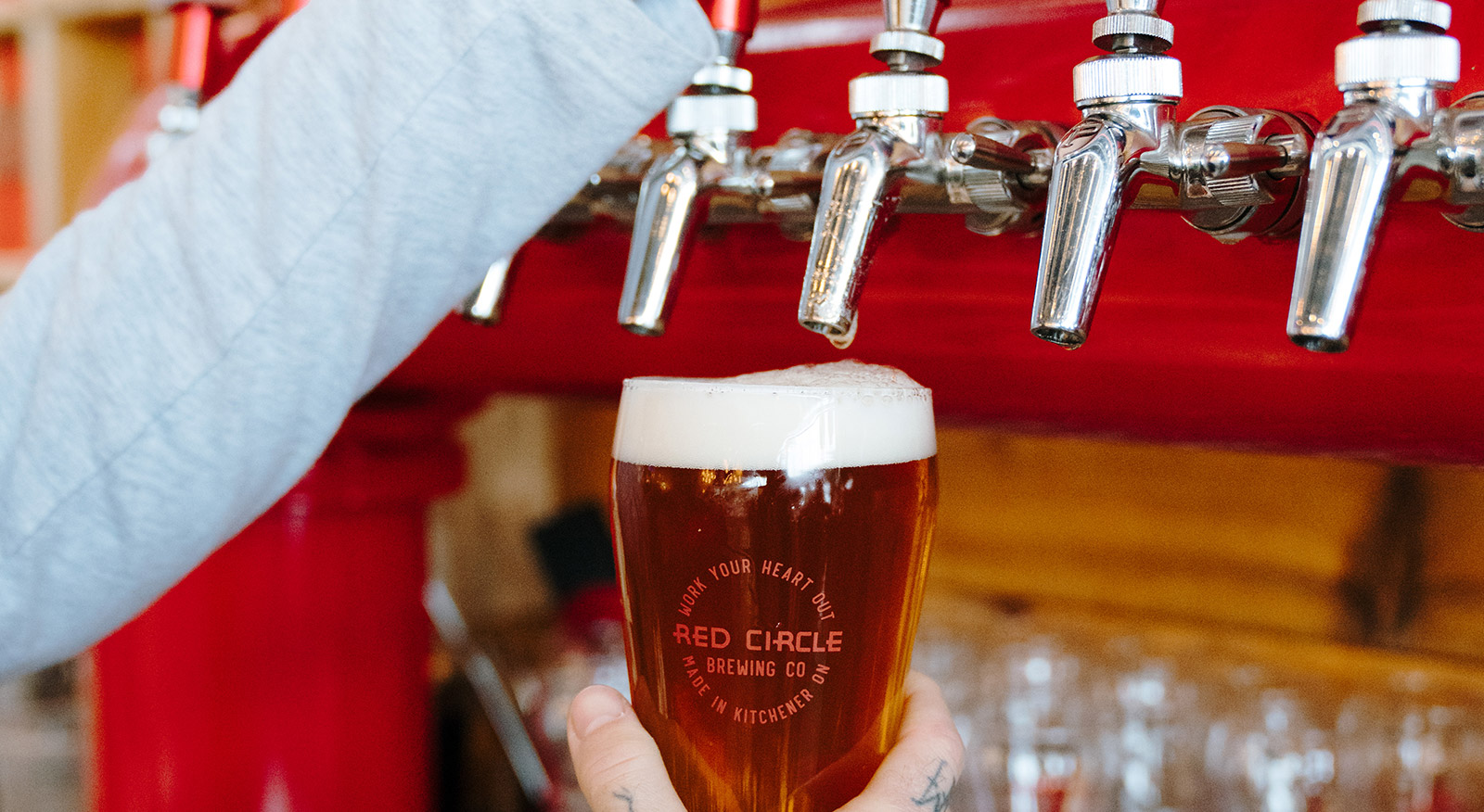 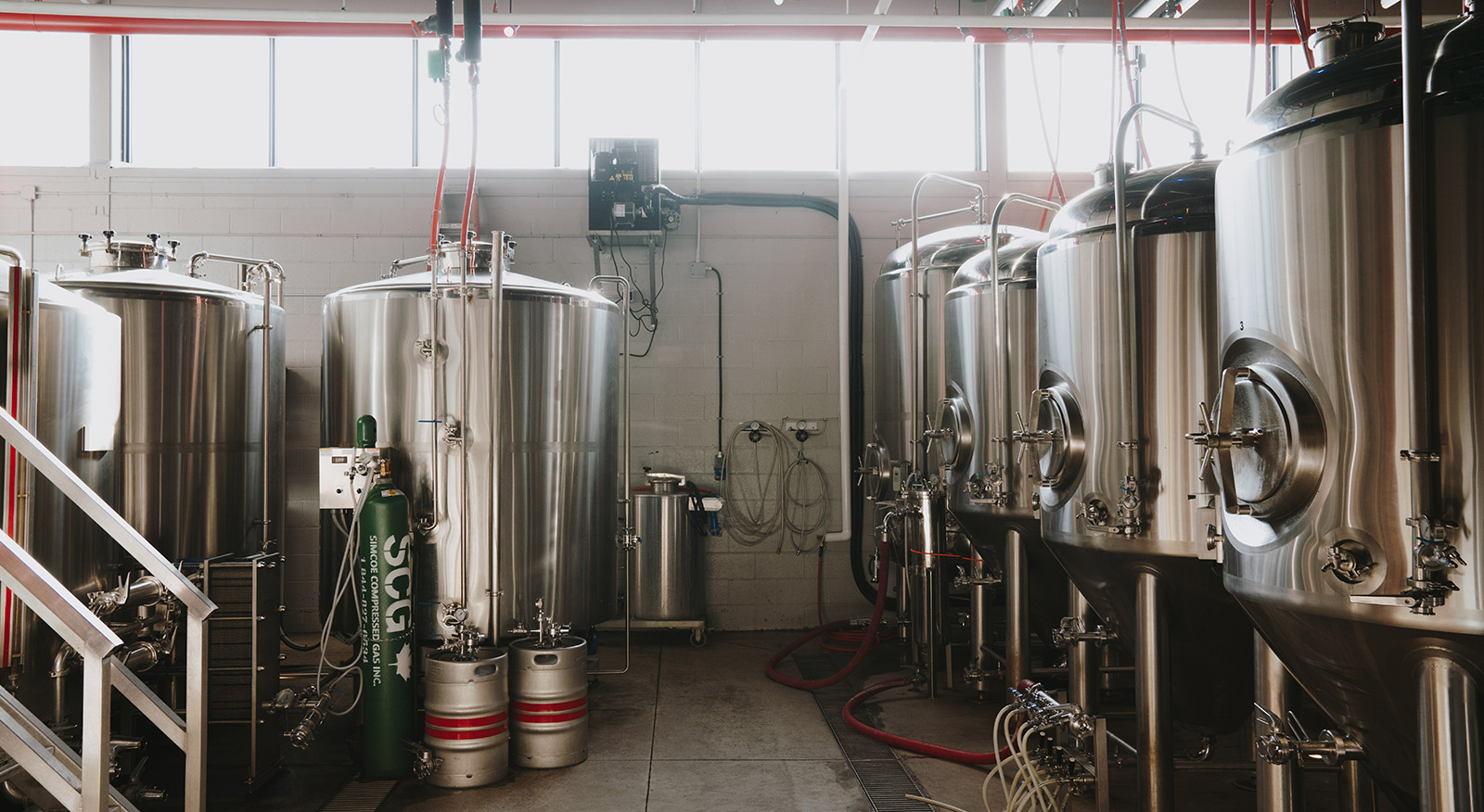 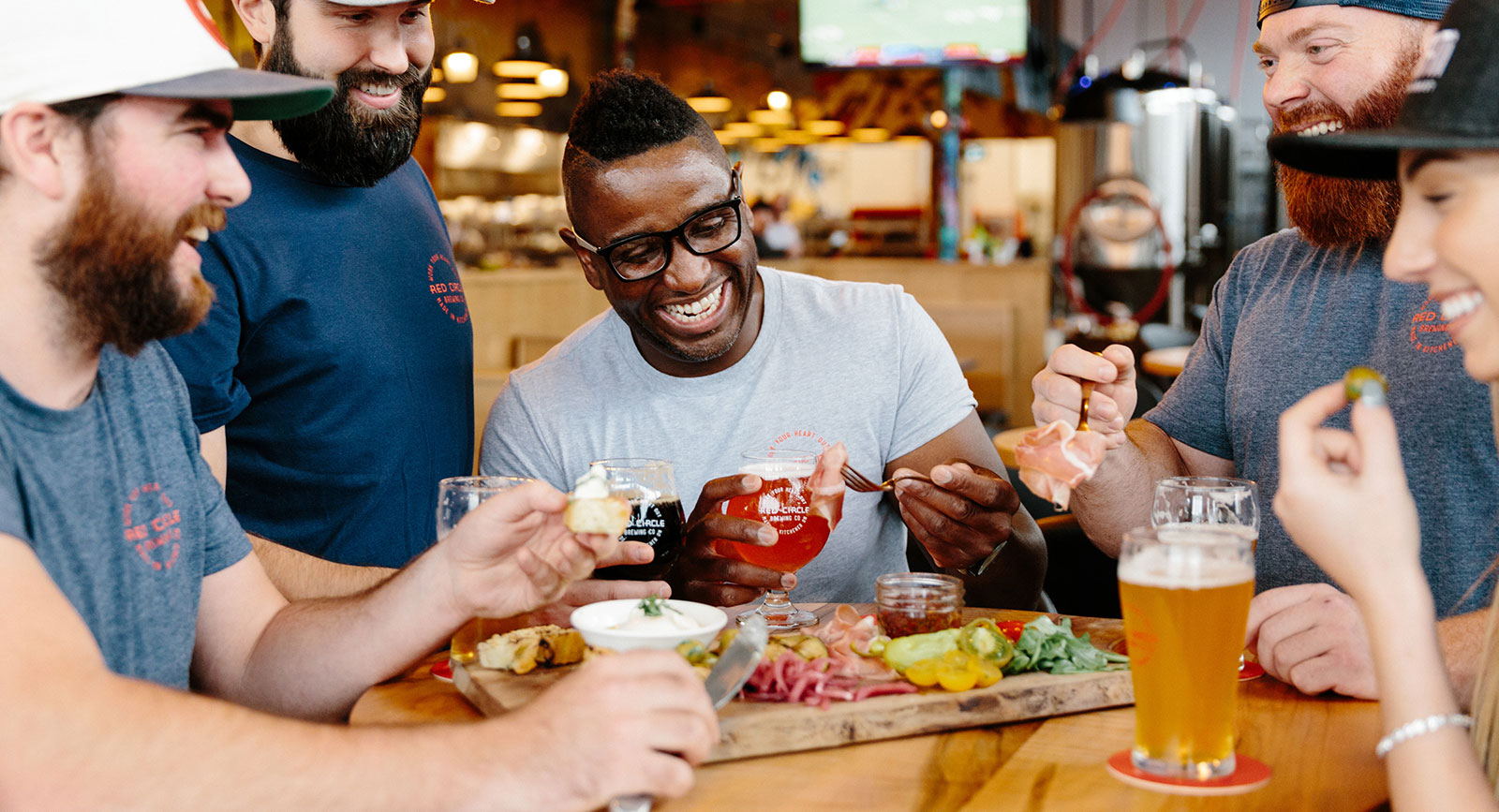 Waterloo Region has an intertwined history steeped in whiskey, brewing and bottling back to the times of prohibition. Stories of old, has one the oldest hotels in Waterloo, with a cold cellar in the basement reportedly used to store beer. An underground tunnel, which was filled in by city workers in the 1960s, led across the street to the Waterloo Garage at the corner of King and Princess streets.  With a community filled with industrious entrepreneurs, nationally Uptown Waterloo became known as the apex of a "bootleg triangle" stretching from Hamilton to Toronto and Windsor. In the first seven months of 1920, at the start of Prohibition, Canadian customs officials recorded about 900,000 cases of liquor shipped into the city for supposed "private consumption.”

A young farmhand during Prohibition shared Seagram's whisky used to arrive at his father's farmhouse at Amherstburg, Ontario, in the trunks of Reo Speed Wagons and "Whiskey Six" Studebakers. The booze was loaded into boats in nearby canals to be spirited across the river. On the other side of the border, there was an unending insatiable appetite and market for Canadian-made alcohol. Seagram's, like most other distilleries during this time, whisking shipments to the rivers, didn't ask too many questions about where their whiskey was ending up.  Famous for its distilleries and roots in craft brewing, this entrepreneurial labour and passion carried on when prohibited, and created some of the finest world renowned distilleries, craft breweries, liquors and whiskeys in the world. 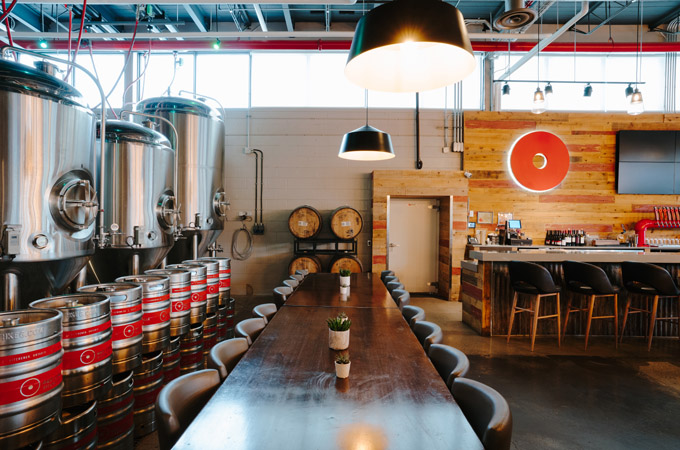 In a new brewery located at Catalyst 137, across from Belmont Village, you will find a brewmaster working on his craft with traditional brewing methods and all-natural ingredients.  The building housing Red Circle Brewing Co. was once home to Dominion Tire and provided inspiration for their Night Shift Coffee Porter brew.  The Canadian Brewing Awards for 2019 and 2020 bestowed Gold, Silver and Bronze Awards, to the Belmont Village Blond Ale, the Four Barrels Bourbon Barrel Aged Imperial Stout, the Braided Roads Dry-Hopped Sour, the Vienna Lage, and the Iron Horse Trail American IPA named after the outdoor trail running alongside the brewery. Drop in for a Little West Coast IPA if you want to catch a game, do a Victory Lap with the Norweigien IPA or take an Extended Vacation with a Simcoe IPA.  Choose a brew, anytime, all day, we’re All Together. 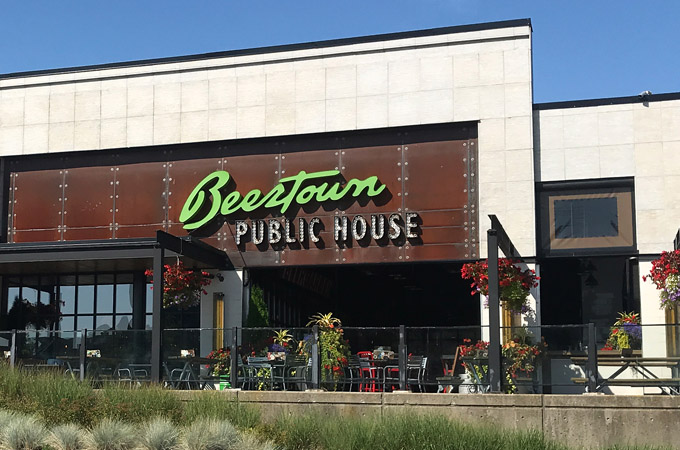 Located in the heart of uptown Waterloo, this venue is a pub classic with a great patio bringing people together to enjoy the outdoors at the first sign of warm weather in the spring.  Established in 2012, with a rich history in hospitality dating back to 1956, the experiences created changed the landscape of craft beer consumption with ‘a beer for everyone’ ethos. Find your everyday beer through the year, with programs like the Thursday Night Cask Conditioned releases, the rotating bottle and draught portfolio, one time speciality brews or exclusive new releases.  Enjoy beer dinners with guests, chefs, and brewmasters with a shared passion for the craft. Check out the draught list on Untapp’d and order yourself a 32oz Growler Howler to-go. A visit will have you sharing in a passion for craftsmanship and the enjoyment of good food and even greater company. 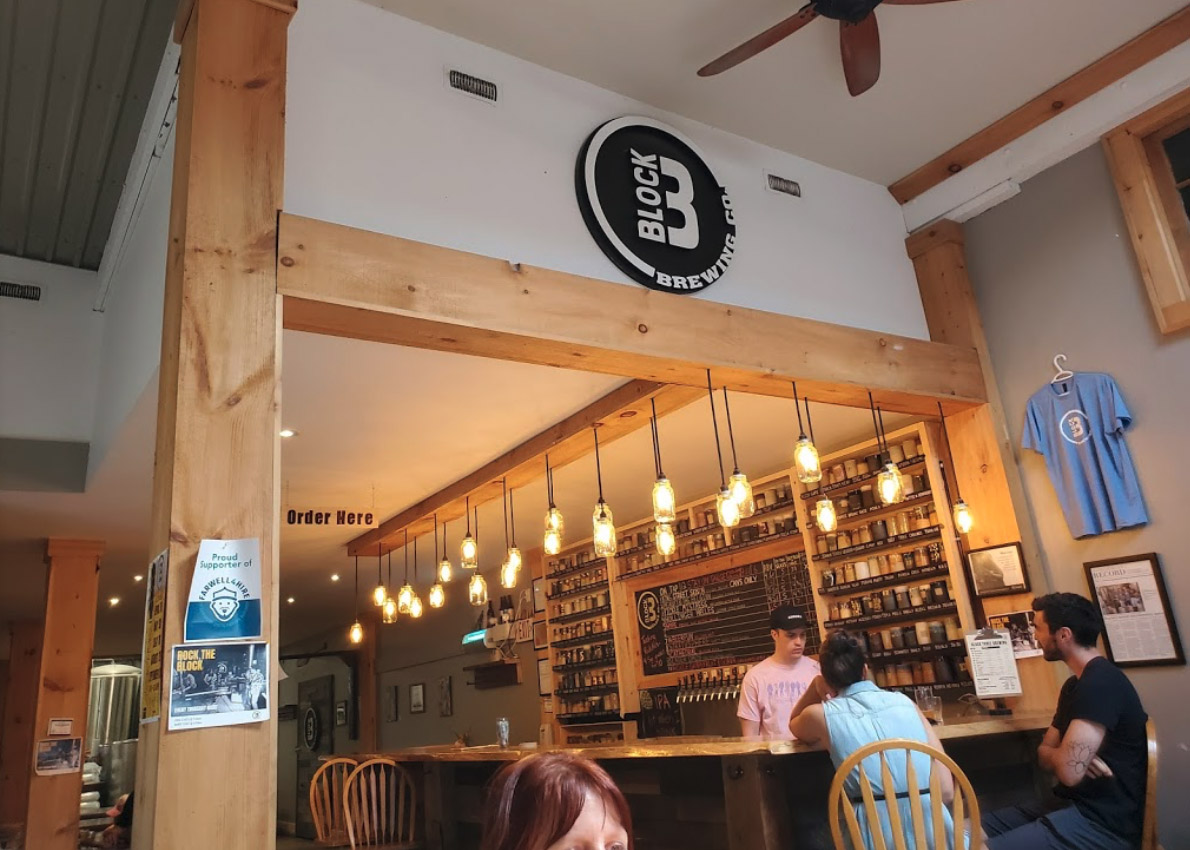 A microbrewery just north of Uptown Waterloo in the village of St. Jacobs, artisan small batches of brew are expertly crafted by seasoned brewmasters. Passionate about their local roots, craft brew enthusiasts can enjoy the once-a-year release of the Sugar Bush Brown; a brown ale brewed with 2018 maple syrup from a forest less than 5km from the brewery. The fickle mistress will bring you a bright, citrus and lemony aroma from the overnight souring process. If this is not your taste, a Beauty and the Belgian will have you indulging in the notes of fruit and spice from the Belgian yeast, accompanied by a slight sweetness from the caramel malts.  You can 1-UP with an IPA, down a highly crushable Czech Lager dry-hopped with Czech Saaz hops, or try a belgian table beer aged in our oak foeder for six months in a cold bottled Grissette.  With a wide range of custom craft brews, and an open bottle shop to view how they brew, this place is waiting for you to drop by for a pint. 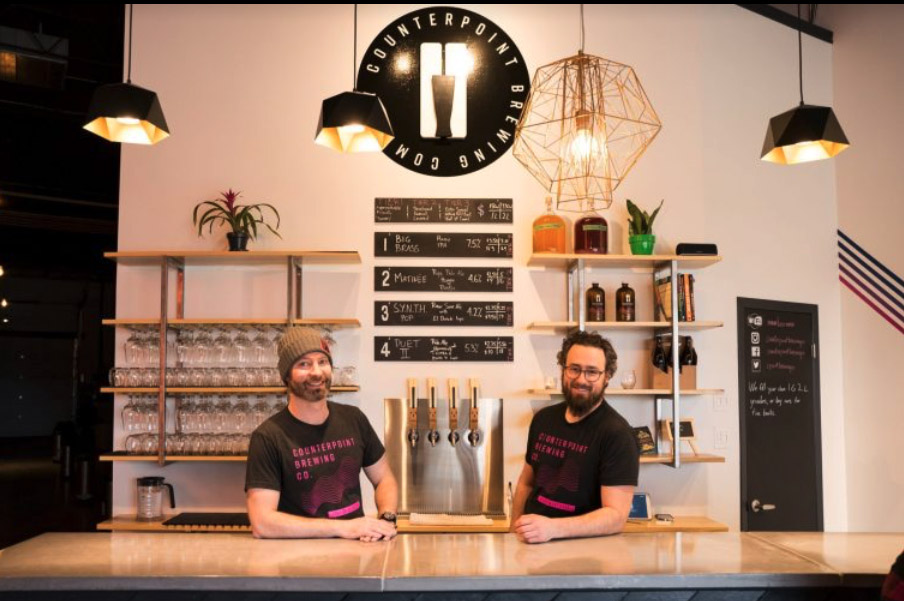 Discover a craft brewery imagined by a musician and an entrepreneur bringing together a shared love of craft beer. With a vision and a passion for the craft, the two decided to brew together and set the foundation for an inspired brewery.  A place where all are welcome, and where everyone knows your name, the music will soothe your soul and when paired with a fine brew comes together to create harmony. The brewmasters engage with friends and patrons to gather feedback on flavours providing a Tiers for Beers system designed to discover the craft brews you love.  Ingredients and opinions are shared, and the brewing process is showcased, trusting in your senses to describe the flavours you are savouring.  Whether you’ve just sipped your first saison, IPAs are your jam, or you’re a seasoned stout scholar, for these founders, talking about beer is second only to brewing it. 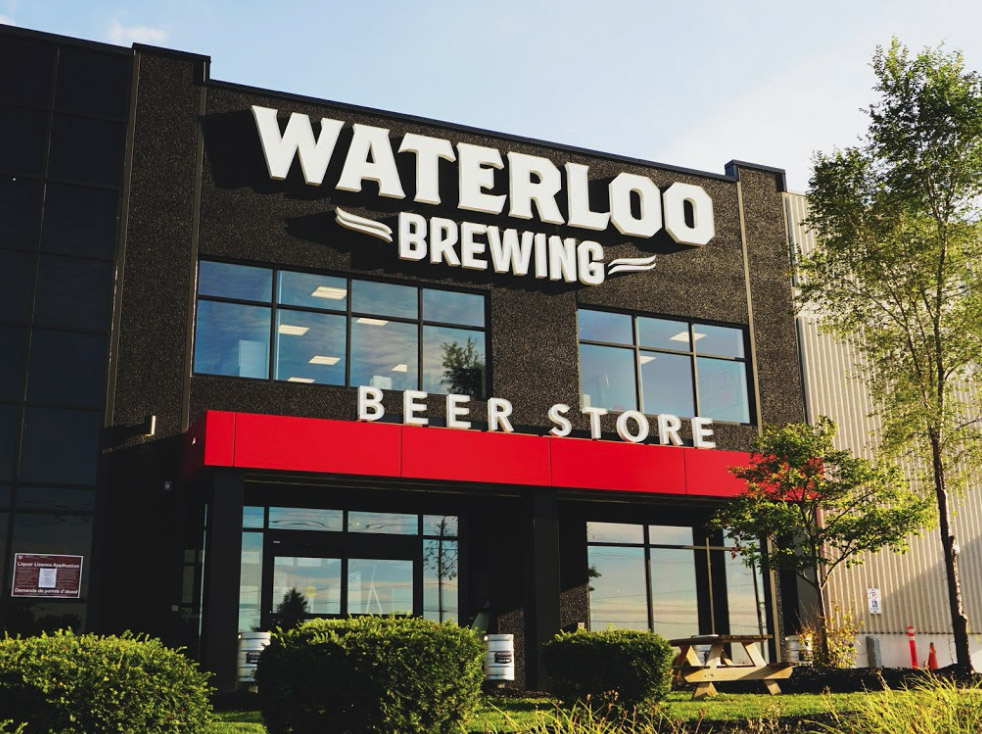 Brewing the first batch back in 1984, as one of the original craft breweries in the region, this staple brew house was one of the first to open up in the area. Brewing was crafted in small batches, by hand with four simple ingredients. The brewmaster has stayed true to these roots, and the same passion for quality craft beer still thrives.  Discover core beers in dark, IPA, amber and craft lagers. The radlers will give you the tastes of raspberry, grapefruit, pineapple, and the seasonals bring you Maple Spiced Pecan Old Ale, and the Salted Caramel Porter.  Growing into one of Waterloo's biggest breweries, formerly known as Brick Brewing Co., Waterloo Brewing originally became known for its signature Laker series brew. As Ontario's first modern craft brewery, it is staying true to its roots. 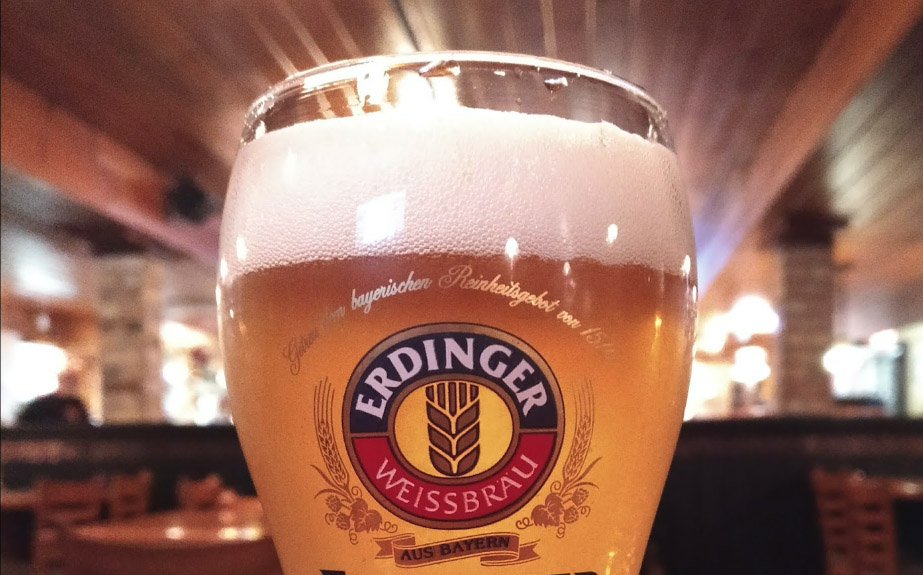 The Lion Brewery is one of the oldest breweries in Canada and was founded in1842 by the Huether family. A selection of sixteen brews are carefully crafted onsite from select ingredients, combining the tastes beloved by Canadian and European beer drinkers. Enjoy one of these fine creations fresh from the tap. The nostalgic hotel and tavern in the Huether was purchased by John Aldey in 1953, and the third generation of Adlys are now deeply committed to the establishment.  The 170 year building has been excavated to restore the buried malted grains room and the Cavern Wine cellar. The Lion Brewery Restaurant features a 37' long wooden bar and a cozy fireplace, flagstone floors, and a rich view of the past. Not only are the original walls of Christopher Huether's own brewery visible, but the restaurant also features memorabilia highlighting the history of the brewing industry.